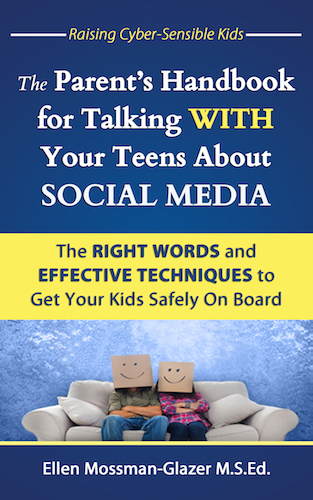 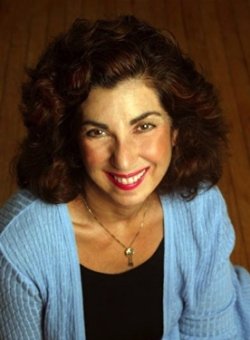 Combining best practices of developmental psychology, life coaching and education, Ellen Mossman-Glazer helps parents to transform their relationships with their kids from stressed and stormy to peaceful and playful. She helps kids to give up the fight without giving up their spirit. Ellen is a parent coach, child development specialist, counselor, educator, author and kids’ yoga teacher. Her specialty area is the healthy social-emotional development of children from their early years.

In seconds, parents can master the techniques and words for engaging their teens and pre-teens in the important must-have conversations about social media. Parental controls and filters last only so long with kids and before they know it parents NEED to be openly talking to their teens about social media, despite the embarrassing, worrisome, confrontational, or tricky topics that arise from social networking.

This book is a ‘how to’ parent’s handbook revealing simple secrets for talking confidently and comfortably with their teens The Parent’s Handbook for talking WITH Your Teens about SOCIAL MEDIA gives parents the words, the wisdom, and the effective communication tools for starting and continuing the essential conversations about their teens’ actions and activities on Facebook and other social networks.

Parents learn how to:

Other Publications by Ellen Mossman-Glazer: